The second house is often perceived by people as an opposition to a city apartment. People strive to compensate for the lack of the natural component. He chooses the countryside to relax from the hustle and bustle and enjoy the scenic landscape. From this point of view, the difference in terrain is a rich resource.

For the architect, it is a certain framework of context in which he conducts morphological and planning studies, as well as a field for experimentation and reasoning.

In this article we will consider the principles by which the architectural form and landscape interact. We will touch upon the differences in the planning structure between houses on a flat terrain and reliefs with a slope. We will discuss the term “stability” in terms of architectural archetype.

Interaction of landscape with architectural form.

Two principles of interaction between architecture and landscape can be distinguished: “polarization” and “integration”. In the first case, architecture is opposed to the natural landscape, in the second case – merges with it. In “polarization”, the volume of the building is detached from the ground. Premises are raised above the natural landscape by means of columns and supports. The surface of the ground remains untouched in its original natural form.

In this case, the points of contact between the building and the relief are minimal. The interface elements are the most aesthetically pleasing as they show the work of the structure and the place where the boundary between natural and man-made.

The logic of the interface between the structure and the ground extends to the image of the entire building. It is the construction that becomes the main means of expression. The building becomes an engineering structure – a house-bridge.

Here’s another variation on this subject. The house hangs over the landscape exactly where the creek flows. The house could also be located on a flat terrain, but in order to enhance certain qualities of the construction introduced into the nature, the architect places the building on the landscape that will create the desired contrast with these qualities.

Bridges, staircases and ramps play a big role in the image of the volumes built on the principle of “polarization”. However, they are not an extension of the terrain, but rather subordinate elements of the main volume of the alien building. The most dramatic image is formed from the perspective of the lower points. Here we perceive the building from an unusual position – the bottom.

We see the floor as if from underground. The perspective adds dynamics. The visual effect is amplified by the console. The console acts as an antonym for the connection between landscape and building. So the console enhances the contrast between nature and construction.

The game of volatility

Another approach exploits the notion of sustainability and volatility. This becomes most relevant on a slope where it is so easy to lose balance. The force of attraction has defined concepts such as horizontal and vertical. Since ancient times, architecture has developed under this law.

Two minimalist living volumes are located on a slope. One volume hangs above the terrain, the other moves down. The author intentionally made both volumes equal in weight and with the same finish. It was important to him that the viewer perceived them in comparison. The project has ironic notes of postmodernism. The architect is flirting with the established archetype of stability.

Features of the planning structure of houses on the terrain.

Dwelling houses located on a relief have the features concerning a lay-out structure. The first feature is related to the multilevel composition. With a slight slope of the ground surface the volume of the house can be combined with the floor gradient. Such houses are called “split-level”. The advantage of such a solution is that the apartment space flows from one room to another.

There is no strict distinction between different functional zones. This can be in demand when there is a small child in the family. Children need maternal care and attention. After all, it is in the initial period of their development laid the foundations of behavior and character. In such a situation, between the night (parents’ room) and daytime (kitchen, living room) stay of the mother needs the closest contact.

In a two-storey house, the functions are usually divided by day/night, although the children’s room is used both during the day and at night. The “Split-level”, as opposed to the floor-level division, provides a good opportunity for visual and auditory contact between areas. The planning structure of houses on the terrain in its compact size favorably characterized by flexibility and the ability to transform. 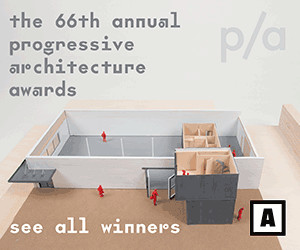 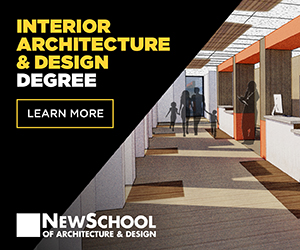